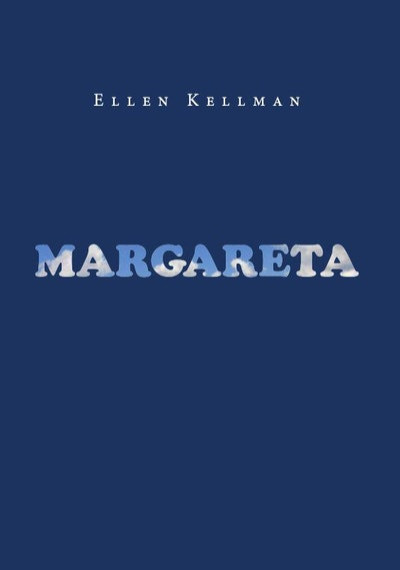 Buy the book at Bokus (swedish)

Margareta takes nothing for granted. Most things tend to go wrong. They're bound to be mean at the new school, just like the old one. Mom and Dad will probably be drunk when she gets home. But that Isabelle, was she serious when she asked if they were going to hang out after school? Why was she so nice to Margaret? Could they be friends...?
Margareta is an eleven-year-old who has to struggle with a lot, but she has a wonderful secret...

"The air coming in was so fresh and sweet that Margaret immediately began to soar. Her feet left the mat and she floated up and then slowly out the window. She stepped carefully up the wall of the house and lingered for a moment under the eaves, with one hand on the roof edge, to look out over the city, whose colours were slowly emerging from the night-grey mist with streaks of burning yellow sunlight streaming between the shadows.

She was always a little worried that someone would spot her when she flew, but she couldn't see a living soul down there and everything was quiet. So she took the opportunity to take a flight over the roof. She circled above the black roof tar, enjoying the wind streaming against her face. Then she settled down on the roof with her legs dangling over the edge and watched as the sunbeams rose behind the high-rise buildings and the first car horns began to sound through the silence."

Eleven-year-old Margareta's life is tough, very tough. What most other children take for granted is not something that is afforded to Margaret or her six-year-old little brother Konrad. In a family where abuse, violence and mental illness rule the children's lives, food, clothing and love are mostly absent. Margareta is used to taking care of herself and her little brother Konrad and acting as a housekeeper for their father. This is made increasingly difficult by the fact that cooking begins to resemble boiling soup on a spit, which makes the father increasingly angry.

At school, kids become easy bullies with their old tattered clothes. Margaret's story of her early childhood is sad and horrific, conveyed with great empathy and closeness. This captivates the reader just a few pages into the story. The lump in her throat is helped by the fact that she has a teacher who really cares about her. In addition, Margareta has a secret, she can fly, and little brother Konrad can make himself invisible. This opens up for example symbolic and allegorical interpretations and discussions in read-alouds with middle school children. Overall rating 4 out of 5.

I chose to make the cover simple and mysterious, but below are some illustrations to give you a better idea of the content, they did not make it into the book though.
(click on image for larger picture) 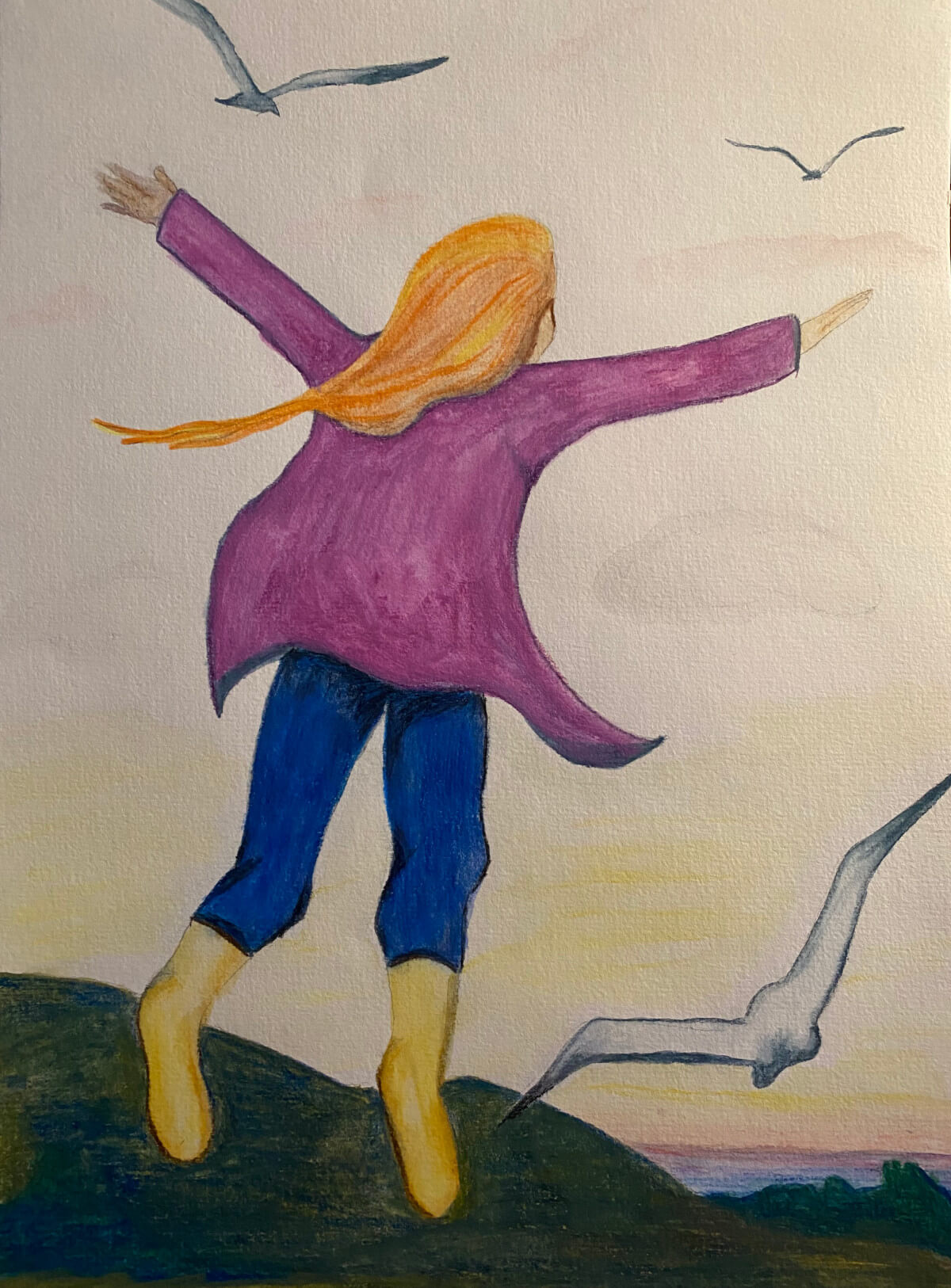 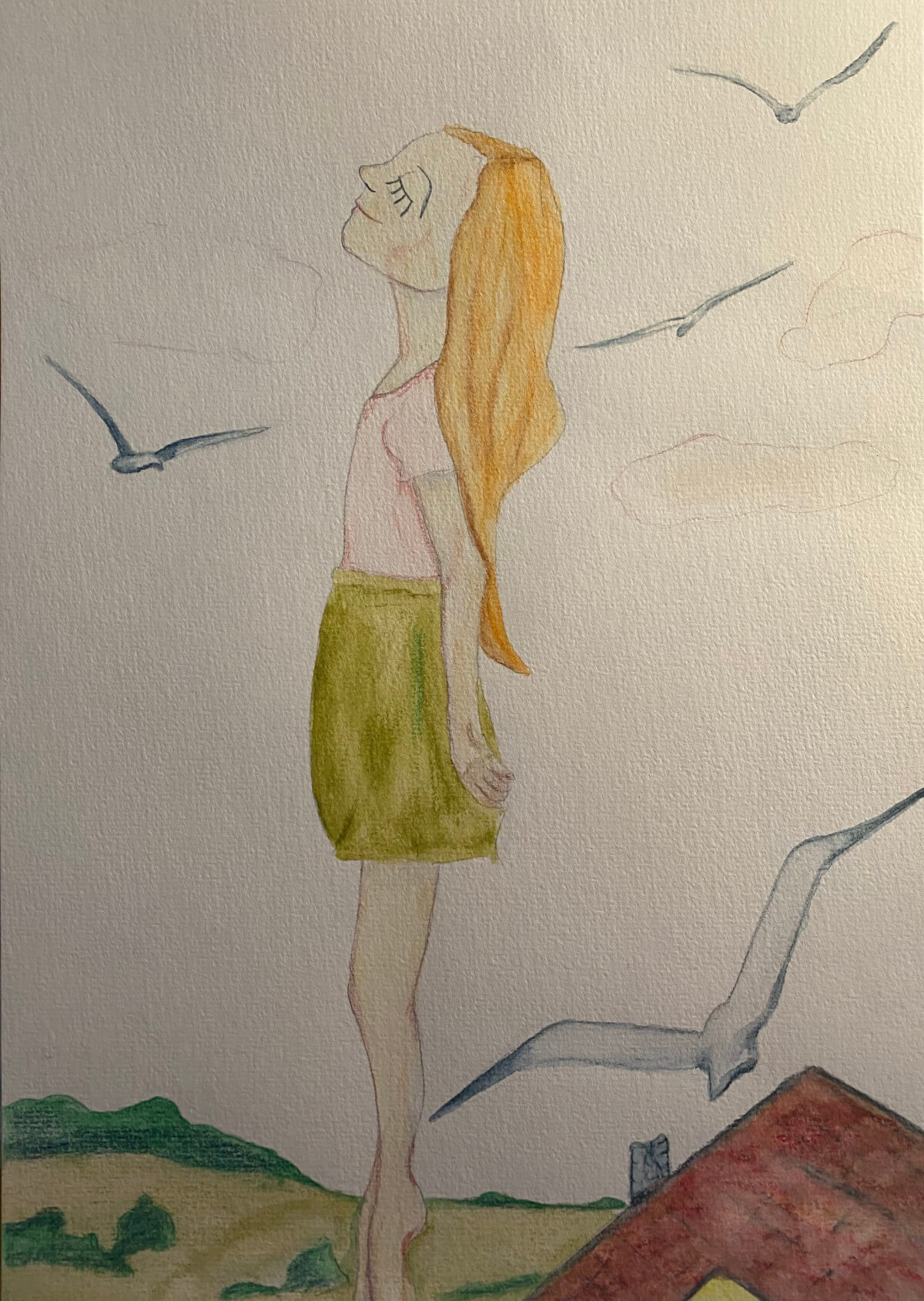 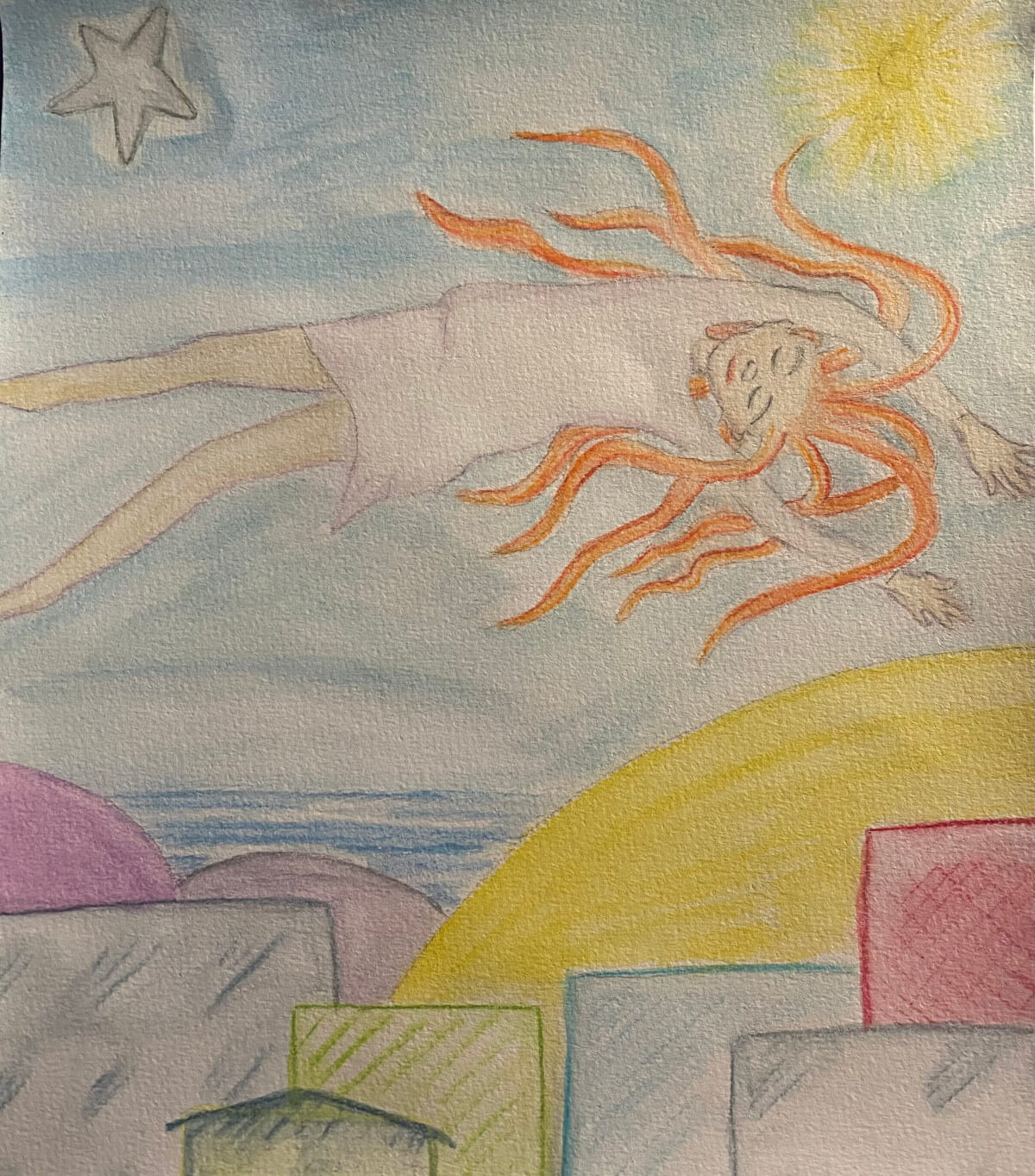